Gots to have tunes! 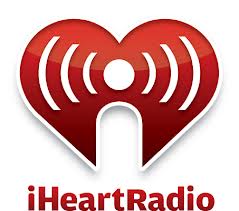 So, some authors have to have peace and quiet when they write, but not me. I have to have my tunes. I'm worthless without them.  I can't focus, I can barely string five words together without it. I don't have a favorite artist per se but a favorite station, as I listen to iheartradio on the computer. Right now I have a Billy Joel station selected as I work on Gabriel's Light.  Here's some of the eye candy I listen to....


I love his music, whether it's Songs from an Italian Restaurant or Good-bye Saigon
he has a knack for telling a story with his lyrics.  Not to mention he's a wonderful songwriter.

I fell in love with this guy the first time I heard the song Everything I do from
Robin Hood: Prince of Thieves.  I must've played it to death.

Who doesn't recall Journey?  Whether it's Separate Ways or Don't Stop Believing it
inspiration can be found in their music.
First with Fleetwood Mac, she couldn't be contained
and moved onto a solo career.  Ethereal and petite, she has a voice that doesn't quit.
Landslide is one of my favorite songs by her.
AND LAST BUT NOT LEAST, MY ALL TIME FAVORITE....
My kids know him as the guy that wrote the soundtrack
for Tarzan but I remember when he was crooning with
Genesis, singing I Can't Dance.  As he moved onto a single career which
almost eclipsed his success with Genesis. You're No Son of Mine is my favorite song.
Posted by Dakota Trace at 8:51 AM