Don't forget to stop and VOTE! 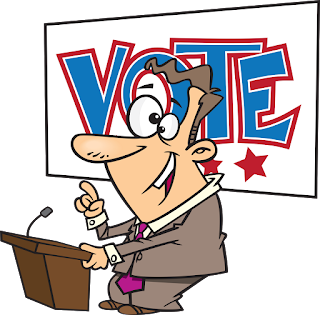 Okay, before you go and all lynch me for jumping on the political wagon, WAIT!  While I'm a strong supporter of our electoral process, this voting isn't going to require you spend hours caucusing or even leaving your home to stand in line at the election booth. Nope, what I'm asking will only take a few minutes of your time, and be painless...promise!

Some of you may have heard that the wonderful Dawn Roberto, over at LRC (Love Romance Café) is once more hosting her annual "Best of...." Awards and it's now time for the 2015 edition.  That means you romance readers, (and even some of you nonreaders) are going to see your facebook feeds blow up with...please vote for me please from us hard working authors over the next few days.

It is quite the honor for us authors to be nominated for these awards because it's YOU the readers who nominated us.  With that being said, I can't tell you how much that means to me to be included with all the other wonderful authors who strive each day to entertain you.

This year, I have the pleasure of having three nominations, but just to show I support EVERYONE who got nominated, I've reposted the list that Dawn was so nice to provide us with...and ask you to do this...please take a second, hop over to LRC's yahoo group and vote for your favorites... and if I happen to be one of them - thank you!

But before you go, here are the instructions that Dawn gave us. Be sure to follow it too the letter, or your votes won't count!


The voting will begin at 1pm est (USA) on Tuesday February 16th at the LRCafé Yahoo Group (http://groups.yahoo.com/group/loveromancescafe) and run to February 20th. Polls will close on Feb. 20th at midnight so make sure to get your votes in.


©Dakota Trace All rights reserved. This is a work of fiction. All names, characters, locations, and incidents are products of the author’s imagination, or have been used fictionally. Any resemblance to actual persons living or dead, locales, or events is entirely coincidental. No portion of this work may be transmitted or reproduced in any form, or by any means, without permission in writing from the author.
Posted by Dakota Trace at 11:32 AM