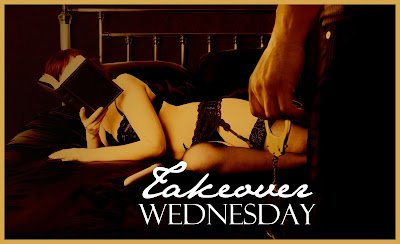 After the success of one NGWN author taking over my blog last week, I thought I'd repeat the experience. This week we have Ella's twin sister, Dani Wade visiting us.  (There are times I'd love to have a twin...imagine the things I'd get done....no wait that would be a clone...lol)  Anyway it is with great pleasure that I turn the reins over to Dani as she talks to us about self-publishing and yummy cover art!

Having choices is a wonderful thing, especially as an author. The ability to self-publish or publish with non-traditional publishers has opened up a lot of opportunities for romance authors. One of the fun choices is having a say in our books’ covers!

Yes, it means sitting in front of our computers looking at man candy for hours on end (oh, the horror!). It also means getting to incorporate our own ideas and parts of the stories into the actual covers, when with traditional publishers that isn’t always the case. But ultimately it means I’m responsible for the covers and can change them if I need to…

I recently did this with my Backstage Pass series. There were several reasons why these rock stars needed a change. The series had evolved to a bigger number of books than I had planned and the original concept was becoming harder to incorporate with each book. Also, two of the books in the series had ended up with problematic covers. Book 2 had been difficult from the get-go and I had never been really happy with the final product. Also, Book 4 was a novella and that cover ended up going in an entirely different direction—one that ultimately led to revamping all the covers for a more modern, cleaner feel.

As an example, here’s the original cover from Book 1, Finding Her Rhythm: 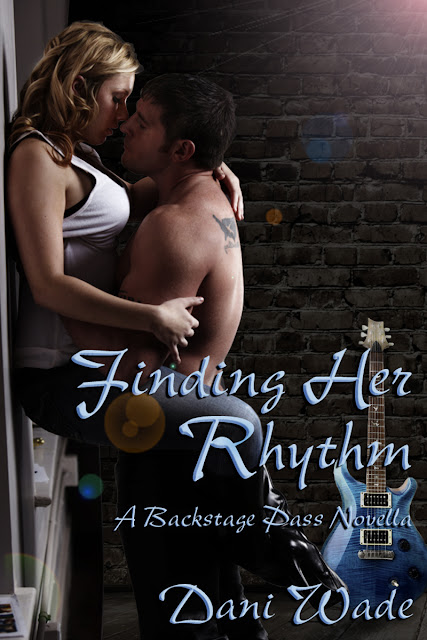 As you can see in the picture below, my cover designer and I kept the original couple, but went a different direction to give it a simpler feel, more focused on the hero and heroine than the rock star aspect. We also added a tag line to give readers a better teaser for the book. 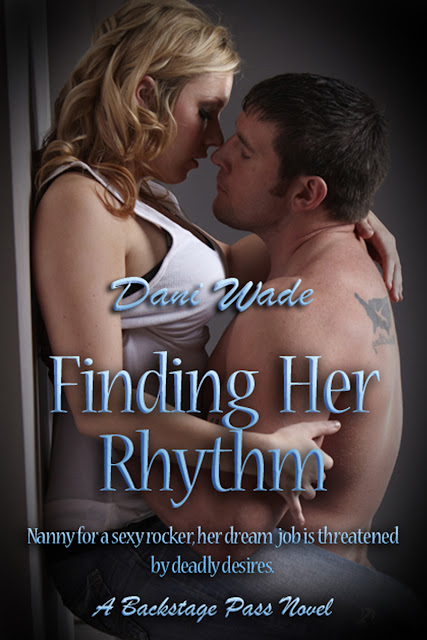 While there are parts of the original that I really love, this ended up working out for the best after doing the entire series. Now they have a uniform style that mirrors the feel of the books. But you can see for yourself, since Finding Her Rhythm is currently FREE!

Struggling after the death of her parents, Taylor let her hormones lead her into the biggest mistake of her life. Now she has a dangerous ex who still wants to own her and a desperate need for safety. What could be safer than her new job as a rock star nanny? Except now she’s locked herself in with a man who is potentially more dangerous…to her heart.

Michael Korvello has a dominant nature and a lonely heart that he keeps firmly under wraps. His kids have suffered enough for the mistakes of his past. But his new nanny has those dark desires howling at the gate. The only thing keeping him in check is the fear lurking in those brilliant green eyes. Can he earn her trust, and the right to transform all her desires into reality?

Just when neither can deny their need for each other, Taylor’s ex shows up like an unlucky charm, intent on taking back what he considers his…even if he has to destroy Michael’s world to get to her. Can two kindred souls protect the passionate love they ache for from an outsider bent on ripping them apart?

Author Dani Wade started her writing journey in a childhood spent in the rural south where her favorite form of entertainment was imagining herself in the roles of romantic heroines. She now juggles her writing obsession with a patient hubby, two lively kids, and a day job. Life is crazy, but she attempts to navigate the potholes with her trusty To Do List and half a brain. She publishes her contemporary category books with Harlequin Desire, and Independently publishes her sexy romantic suspenses.

Find out more about her over at her website http://www.DaniWade.com . Her author newsletter sign-up can be found at http://eepurl.com/Iznh5.
Posted by Dakota Trace at 1:00 AM