For this week's giveaway, I'm giving away a copy of my the first book in my Doms of Chicago Series.  Since I'm currently in the midst of writing the sixth book, I couldn't help but want to revisit the first novel, and did just to visit old familiar characters. They are just like my family and I hope you enjoy a return visit from Nisey and Caelan - the couple that started it all.


Good luck everyone :)  Enjoy the blurb and excerpt I've included below...but don't forget to leave your name and email address in the comment section to be entered to win a free copy of the book.  I'll be drawing the winner Sunday morning after 12pm CST. 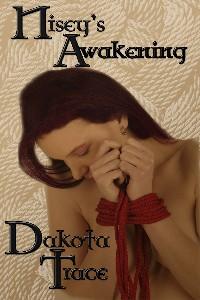 
When a would be Dom takes advantage of Nisey's inexperience she is left bewildered and at odds with her own sexuality. Now scared of what she longs for she tries to hide from it until her best friend, Kalinda has had enough of waking to Nisey's screams and takes matters into her own hands and contacts her older brother, Caelan. She's had enough and wants her best friend back and thinks Caelan is the perfect man to guide Nisey back to what she longs for without traumatizing her friend any further.

Caelan is an experienced Dom, who has trained many first time subs in during his time in the lifestyle, but his last experience with a newbie changed everything. When it blew up in his face, he decided to keep to the more experienced subs, so when his sister calls out of the blue with a request that he help her friend, he is intrigued but very leery. After all what could happen from answering a few questions?

Swallowing hard, Nisey tried to still her racing heart. Caelan seemed serious about her finding relief before she left the room. For a moment she was tempted to fake it but then thought better of it. Faking it would probably earn her another ass warming and she had a feeling she’d be in worse shape than she already was if he touched her again.
“Nothing to say?”
She shrugged her shoulders.  “Despite the way I reacted tonight, Caelan, I don’t normally throw myself at men. What you’re asking for is something…” she looked away from him. “…I don’t think I can give.”
“Look at me. Don’t hide from me. Why do you say that? Are you seriously uncomfortable with your own body?”
She turned her face and looked him in the eyes. “I don’t know. I need something but I’m not sure what. I was hoping by being tied up I’d find it. Nothing else has worked.”
“You can’t let go can you? You aren’t getting a real orgasm?”
She shook her head and focused on a spot behind his shoulder. “I’m too self-conscious. I just end up even more frustrated than I was to begin with.”
When he groaned, she looked up at him. He looked like he was being tortured.  He finally opened his eyes.
“Do you trust me?”
“Unbelievably, yes.”  Holding her breath, she waited for his reaction. Have I pissed him off?
“I can’t believe I’m doing this. I can give you the tools you need to let go. I will not touch you, but I want you to do exactly what I tell you. Hopefully it’ll help take the pressure off until you’re ready for more.”
She nodded, starting to hope he would help her.
He turned around and dug through the desk behind him. She wondered what he was looking for when he suddenly straightened.
“Ah ha, I knew Gabriel would have some of these lying around.”  In his hand, he held a length of leather tie - a piece of braided leather string.
Her heart sped up as he approached her with it.
“I’m not going to tie you up, Nisey.”  His quick assurance surprised her.
“You’re not?”
“No.  I’m going to watch you do it. Once you’ve wrapped this around your wrist and I’m sure you’re not in any danger, I’m going to walk over and sit down in Gabriel’s chair.” Pressing the tie into her hand, he closed her fingers around it. “Take it. I’ll hold one end and then I want you to wrap it around your wrist. Not too tightly. You’re supposed to feel the caress of the leather, but it’s not supposed to cut off your circulation.”
Holding one end of the leather against her pulse, Caelan left enough free to tie the leather off after she’d wrapped it around her wrist. Licking her lips she brushed her fingers across his as she grasped the tie. The first loop around her wrist had her flinching in reaction.  She paused and looked up at him.
“Keep going.”  Guiding her hand, he helped her wrap the leather piece around her wrist several times until only enough was left to tie it off.  Using a square knot he tied it off.  Nisey’s breathing deepened as her eyes watched while Caelan finished the knot.
Panting, she raised her eyes and then met his.
“Okay? Wiggle your fingers for me.”  He nodded as she did as he asked.
“Good. Now, I’m going to sit in Gabriel’s chair, with my back to you.”  Leaning down, his breath teased her ear. “You say you want to explore what the lifestyle is. One of the things a good sub does is obey her master even when he’s not watching to enforce his requests. I want to see if you can follow directions.  After I turn my back to you, I want you to take the wrist we just wrapped and use it to masturbate with it. Rub the leather against your sex while you remember how I tied Sara tonight. Imagine yourself in her place. I want you to come. After you come, I want you to say the word, ‘green’. Do you understand?”
Her breathing was raspy as she answered him. “Yes, Caelan.”

Don't forget to comment below to be entered to win a free copy of Nisey's Awakening - winner will be announced on Sunday!
Posted by Dakota Trace at 12:30 AM