Tuesday Tales - With This Heart: Part 7 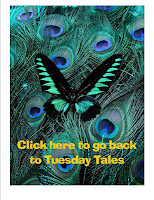 I have to say a quick thank you for those of you following my tale. Make sure you stop back here to read the rest of contributors.  This week's prompt was the word "NIGHT".  With that being said, lets resume where our story left off....

"With This Heart: Part Seven"