After taking a week off to promote the Ice Cream blog hop, I'm excited to share another a snippet from my upcoming release, Under His Domme's Control. Tentatively scheduled to come out (as long as no gremlins muck up the works.) on August 5th, I hope you enjoy a sneak peek in the dynamics between Hope, an experienced Domme, and her husband, Steven.  It takes a special man to submit to his woman - but I do believe Steven finds the rewards well worth it.

“Yes, Ma’am.” Steven rose to his feet and winced when the tight crotch of his uniform pants pinched at his hard-on. Now, that he didn’t have his face buried in Hope’s sweet pussy, his cock was making its displeasure known. Despite his aching balls, the contentment he felt at giving over to his wife was addictive. In her arms, he didn’t have to be in charge of anything. He could relax and let her take them where she wanted. He didn’t have to be the perfect lover who controlled every move. All he had to do was listen to what his mistress wanted. The idea he could simply be her man had unleashed a side of him he’d never experienced with any of his previous lovers.

One that I never expected to love – which is probably why Ma’am rocks my world each time we come together.

Hope’s words startled him out of his thoughts. “Yes, Ma’am.” He pivoted, then hoisted himself up on the bench.

“Unfasten your pants. I want to play with my cock.” Her demand sent shivers down his spine, but he obeyed, his fingers fumbling in their eagerness.

A sigh of relief escaped him as his cock almost exploded out of its confines when she brushed his fingers aside, parting the heavy material. The draft of humid air caressed his bare aching flesh – almost like a lover’s touch.

“So hard.” Her tone was almost sad as she looked up at him. “Does it ache, sweetheart?” Her thumb brushed across his glans before her hand wrapped around his length. 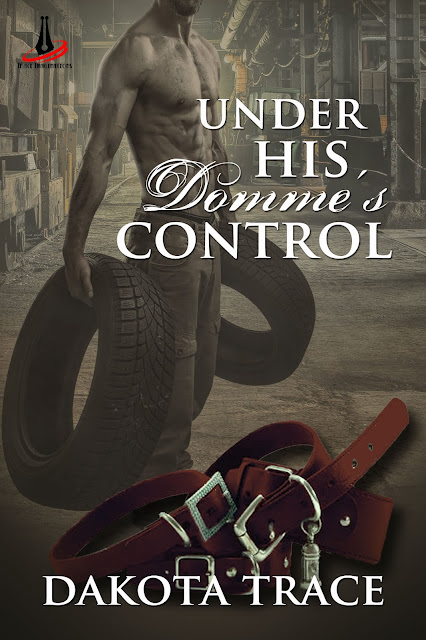 ©Dakota Trace All rights reserved. This is a work of fiction. All names, characters, locations, and incidents are products of the author’s imagination, or have been used fictionally. Any resemblance to actual persons living or dead, locales, or events is entirely coincidental. No portion of this work may be transmitted or reproduced in any form, or by any means, without permission in writing from the author.
Posted by Dakota Trace at 1:00 AM