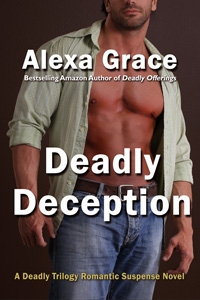 
Lane Hansen has a problem. He needs a woman to portray his wife in an undercover operation and the only females on his team are either very pregnant or built like linebackers. Then he remembers gorgeous P.I. Frankie Douglas -- a woman who could take his breath away by her beauty and take him down in 2.5 seconds. Unfortunately, she's the same woman he treated like a one night stand six months before.

Frankie Douglas has a problem. She wants to rid the world of one baby trafficking killer. The only way to do that is to partner with Lane Hanson, the man who hurt her by disappearing from her life after a night of mind-blowing sex.

They've been warned! Getting personally involved with a partner can put cases and lives at risk. Going undercover as husband and wife, Lane and Frankie struggle to keep their relationship strictly professional as their sizzling passion threatens to burn out of control.


“Lane, I know you’re ready to do undercover work, but with this case I need two cops who can pose as a married couple.  Unfortunately, we’ve got three women on the team. One is built like a linebacker and the other two are pregnant."
“Sir, for this case, why don’t we go outside the department?  I know a Private Investigator who can handle herself on a job like this."
Newly appointed Sheriff Tim Brennan’s brows drew together in a suspicious expression.  “What’s the PI’s name?”
“Frankie Douglas.  I worked with her last year on the Charles Beatty serial killer case.  She’s a former sharpshooter for the Army.”
“Is this the same Frankie Douglas you shot?”
Lane’s face flushed with the guilt he still felt about the shooting.   “Yes, sir.  It was an accident.  We were heading down the stairs of Beatty’s cellar to apprehend him when one of the steps gave way and when I fell my gun went off and hit Frankie.”
“Has Frankie Douglas done police work before?”
“I heard she’s a former detective.”
“I think I’ve heard about her.  Isn’t she a pretty tall blonde woman?”
“Oh, she’s smokin’ hot.  Think Victoria Secret hot.”
“Is that right?  Do you have a personal thing going with Ms. Douglas?”
“No sir.  Strictly professional.”  Of course, if he’d had a chance, he’d have made in personal in 2.5 seconds.
Brennan glared at Lane then picked up his phone and dialed a number.  “Hello, Frankie, this is Uncle Tim.  I may have a job for you. Would you please drop by my office?” 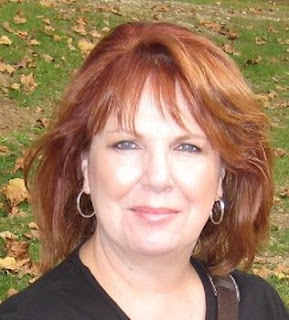 ABOUT the AUTHOR
Alexa's journey started in March 2011 when the Sr. Director of Training & Development position she'd held for thirteen years was eliminated. A door closed but another one opened. She finally had the time to pursue her childhood dream of writing books. Her focus is now on writing riveting romantic suspense novels.

You can visit her at - http://www.alexa-grace.net/

DAKOTA'S REVIEW:
Of course after reading the first book in this series, I was thrilled to get my hands on the second one.  In this book we get to see more of the feisty P.I. Frankie Douglas and of course the mouth watering Deputy Sheriff, Lane Douglas.  I loved the interaction and chemistry between these two since the first book.  Frankie is a character you just love to cheer on as she not only confuses the crap out of Lane but also keeps him on his toes.  But of course this book isn't all about the developing relationship between Frankie and her hunk of man but also has a very in-depth plot revolving around a series of murders and baby trafficking.  Needless to say I won't spoil the ending, but I will tell you however it will keep you guessing right up to the end if, Frankie and Lane get their man and save Frankie's cousin. (oops sorry, I let that slip.) That's your one freebie.  If you want to know more...go buy the book. I promise you won't be disappointed.