Review: In Heat by Leigh Wyndfield 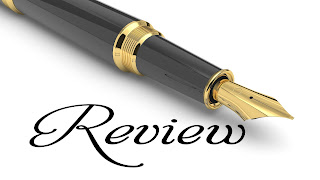 So when I'm not writing I try to squeeze in a bit of reading - and this week I stumbled across a forgotten book on my kindle. Since I was in the mood for something different, I opened it up and...I don't regret it.  Ms. Wyndfield writes extremely HAWT sex....but I'll let you check out the review.... 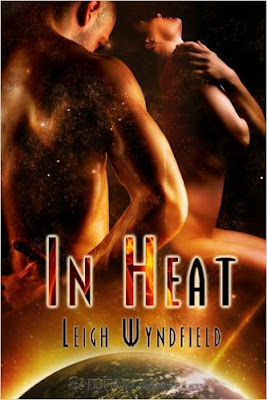 Jax’s yearly mating cycle couldn’t come at a more inconvenient time. He’s on the verge of ending seven years of exile and claiming his birthright, but for 24 hours he’ll be vulnerable to his enemies, alone and in agony—unless he can find a willing partner. He thinks he’s found the perfect solution in the beautiful slave Waverly. He’ll buy her at any price, and after it’s over, he’ll give her the one thing all slaves crave. Freedom.

But Waverly isn’t really a slave. She’s a transport pilot double crossed by Junkeaters and sold to a notorious gunrunner. Escape is the only thing on her mind—and she better disappear fast, before her own heat reaches a crescendo.

Before she can slip away, the overpowering need to mate crashes over them, the intensity taking them both by surprise. But the Inter-World Council is out to hang Jax for a crime he didn’t commit, Junkeaters are hot on their trail, and ruthless arms traders are gunning for them.

Their passion may burn hot enough to last a lifetime, but first they must survive.

Review
I just started this series, and damned...can I say I love Leigh Wyndfield?  So far I've read several books by her and I have to say this one is my favorite to date.  I love Jax...and want to be Waverly when I grow up.  Seriously! She's a kick ass heroine that keeps her man on his toes - even while driving him insane with lust.

So if you're looking for a book that has it all - action, suspense, familial angst, and dear lord - hot as hell sex, then this book is definitely for you.  I give it five naughty cuffs!