Missing Stop: Day 6 of The Case of the Missing Torque

Hey peeps, sorry about the delay but due to some unforeseen circumstances, the stop that was to be posted on the Love of Bookends blog was unable to be posted.  (Ms Sheri, I do hope your son gets to feeling better) With that being said, I still want the readers to be able to make each stop...and understand the story...as it continues from blog to blog as Colleen searches for her missing torque.  With that being the case, the article that was to appear for day six is listed below.  Feel free to comment and enter...the prizes will be the same!  And don't forget to hit me up tonight at the Wrap Up Party. All the winners of the daily blog stops will be announced along with some cool prizes from my co-host Evelise Archer, and of course the grand prize....which I finally had time to photograph!  And as always...a special thanks to the readers and my wonderful hosts for supporting me. :) 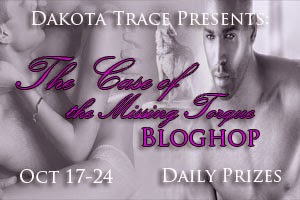 “Mistress Colleen.” The older woman nodded in greeting as she looked up from the dough she was kneading. “Who’s your guest?”

“Hey, Sara.” Colleen approached the flour-covered island. “This is Dakota’s muse, Livvy. Personally, I don’t know how Dakota deals with her. I’ve wanted to strangle her at least four separate times on this blog tour.”

“Yeah…” Colleen sighed as Livvy disappeared into the pantry – probably in search of something chocolate. “Do you have a minute?”

“For you…of course. Just give me a minute to put this dough on the stove to rise.” She quickly divided the dough into fourths, and then placed each piece into the buttered loaf pans.

Colleen rounded the island. “Here let me help you.” She picked up two of the pans and followed Sara. After Sara placed several potato sack clothes over the rising dough, Collen brought up the real reason she’d tracked Sara down. “You don’t by chance still have my torque do you?”

Sara shook her head. “Sorry. After I cleaned it up, I intended to send it up on your evening tray, but that man came in, took one look at it and managed to sweet talk me into letting him return it to you. I never knew Irishmen could be so convincing.”

Man? Colleen could only hope the housekeeper was speaking about Carrick. “So you gave it to my brother?”

A bubble of laughter escaped Sara. “You wish, child. No, it’s that Seer friend of yours. The one with the long gray hair and dresses like a refuge from sixties.”

Colleen swallowed hard. “Nevin has it?”

Sara got a worried look on her face. “Was it alright to give it to him? I mean he traveled all the way to Scotland with you. I assumed he was trustworthy.”

“He is.” Colleen sighed as a loud crash came from the pantry. “More trustworthy than the muse who’s currently raiding your chocolate stash. You might want to go check on her. Dakota once told me she managed to eat nearly ten pounds of Reese Pieces the last time she was left unattended in the candy shop.”

Sara narrowed her eyes. “She did, did she? Well not on my watch. If you’ll excuse me for a moment?”

“Of course.” Colleen nodded, almost feeling sorry for the muse. Hell was about to rain down on Livvy’s unsuspecting head.

As soon as the housekeeper disappeared into the pantry, Colleen turned to the readers. “So once more it seems my torque has eluded me. It seems I’m going to have to track down Nevin tomorrow at Ella Sheridan’s blog. Goddess only knows what payment he’ll demand for my foolishness.”

“Hey! I wasn’t done with that!” Livvy trailed after Sara who was clutching a tin of imported dutch chocolate to her ample bosom.

“I don’t care if you were done with it or not. That’s the Alpha’s favorite chocolate. If you eat it all, I won’t have any for his cocoa.”

Colleen began to count mentally as the muse tried to convince the housekeeper to return the chocolate, then she sighed. “Just ignore the arguing women. Instead, why not enter both contests? The daily contest will snag you some pretty awesome rack cards from Dakota’s latest 1NS book, Wyk’s Surrender – just enter your name and email in the comment section below.”

The arguing grew louder as Livvy tried to pry the chocolate away from Sara. A sharp cry followed the rap of a wooden spoon against the unfortunate muse’s fingers. Colleen turned to glare at the women. “Enough! You two are acting like two year olds. You should be ashamed of yourselves.”

Livvy on the other hand stuck her tongue out at Colleen. 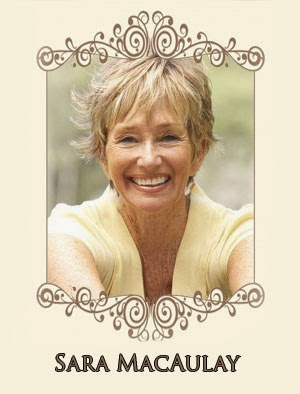 “Real mature.” Colleen shook her head. “Okay and for the grand prize? It’s simple – enter the name on the graphic in the Google form below, along with the site you found it on. Then Dakota will be drawing a winner at the end of the Wrap Up Party on the 25th.”

Colleen barely caught Livvy’s movement out of the corner of her eye. But catch it she did. “Livvy, if you don’t want me to call Lucian right this minute, I suggest you stop right there.”

Livvy scowled. “You wouldn’t call that Scottish pain in the ass muse.”

“Oh, yes I would. In a heartbeat.” Colleen assured the naughty muse. “I’m sure Shay would lend him to me. Imagine how long you’d be washing dishes in here, if he found out you’ve been stealing chocolate again?”

Livvy looked away, then gave a perky giggle. “So who we visiting tomorrow? Another hunky Scotsman?” 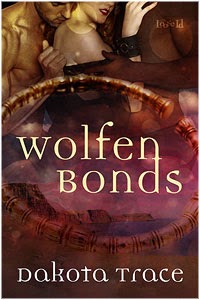 Blurb:
The Council of Elders has charged Matthias Galloway with bringing the once prosperous Taghte Pack back into the Council's fold. In exchange for his services, Matthias names his terms: he wants to claim his longtime lover and friend, Andrew, as his mate.

Nephew of a powerful alpha, Andrew Gilchrist has long been a coveted commodity because of his services as a healer. Neither expects the Council to agree to Mathias’s terms, leaving him free, finally, to claim his chosen mate. Even more unexpected is the presence of a third-bond to appear during their mating ritual.

The grandchildren of the slain alpha of the Taghte pack, Colleen Donghall and her twin brother, were whisked away at birth. They're still kept hidden from those who would harm them. Raised in seclusion, Colleen's never experienced lust, let alone the bond between mates. On the night of lunar eclipse, she's drawn into Matthias and Andrew's passionate claiming, and her dormant libido is powerfully awoken.

But it’s nothing compared to the lust and danger that will stalk her and her mates, when she arrives in Scotland.