Time once again for Sensual Thursday.  Today's snippet is coming from my current WIP, Benevolent Master. In this naughty snippet we find our hero taking matters into his own hands...literally  (warning hot smexiness ahead...) 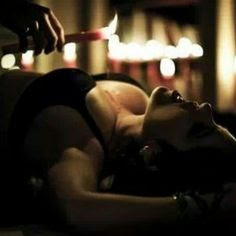 
He groaned, his fist moving a bit faster over his throbbing cock at the thought. Would she love the rough grip of clamps against her nipples, combined with the tight bind of ropes cupping her breasts? Or perhaps the drip of hot wax as he outlined all her generous curves with liquid heat?

His breath grew ragged as the scene built in his mind. Her bound to his bed, the satin sheets covered by plastic, her pussy and ass filled with his vibrating toys as he sat at her hip holding a lit candle. Her gaze would widen, even as the mumbled sounds of her excitement spilled around the ball gag in her mouth. Were they pleas to stop - to release her? Or were they cries for more?

It could be a fine line to ride, the one between pain and pleasure, fear and acceptance, but as an experienced Dom, it was a familiar one. One that tripped his trigger like no other.

“Fuck! I would tease her like no other - make her beg for it.” His arm flexed harder as he sent the toy up and down his shaft. His balls drew up tight as he pictured her response to the first drip of wax against the tender bud of her nipple. The way her breath would catch in the back of her throat before releasing on a muffled wail. How much could she take? How many times cold he drizzle the molten liquid across her ivory skin before she exploded? Five, ten….maybe eighty? He’d once pushed a play partner into nearly a hundred smears of wax before she’d slid over the edge, spilling her desire in a wet gush of pleasure on his satin sheets.

His hips lifted off the bed as his orgasm approached. A cross between a snarl and yell passed his lips when the pleasure tried to blindside him, making him curse as his body fought to orgasm. “God damn it! Son of a fucking...” Alyce’s eyes would widen in surprise when he plunged inside her, forcing her climax to double in intensity. She would try to shy away from the pleasure he offered, but he’d refuse. She was his sub, he was her Dom, so she would… “Take it. Squeeze my cock…make me come…” 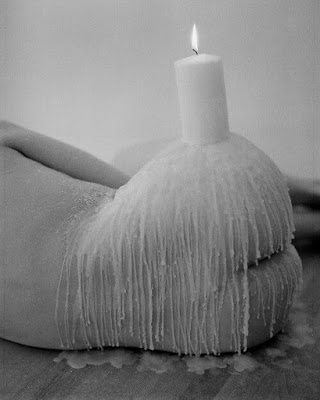