It's been awhile since I've done a Sensual Thursday, but I thought I might as well bring it back.  So here's the scoop - each Thursday I'll be bringing you a 200-300 word snippet from a current WIP or just released book.  Along with some kind of smexy eye candy.  Just a little something to jazz up the blog.

So since I've got a shiny new short, I'm going to show it off.  It's a story I took from a simple flash piece that was less than 2000 words and grew the sucker until it was over 8000 words. (Just because I loved the characters so much and wanted to give them more. So feel free to enjoy Steven and his mistress, Hope.) 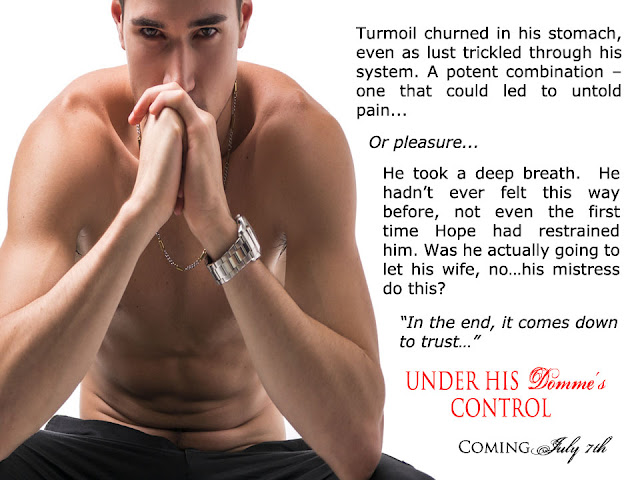 It was at times like these she sometimes wondered why Steven put up with her demands. Especially when she’d pushed him too hard, hard enough that his release had tried to stall out on him. Perhaps it would always be a mystery, or maybe it was her dominant drive during sex that tripped her husband’s submissive trigger. Whatever it was, she was eternally grateful that her obsessive compulsion to understand why she needed to dominate had her reading and exploring every aspect of the lifestyle before her marriage. She might have not had actual intercourse – wanting to save her virginity for her future husband, but as a resourceful woman she’d made sure she could take care of her future submissive’s needs.


Of course, she’d taken a very big risk on her wedding night by waiting for her new husband wearing nothing more than a lacy negligee, holding a pair of soft leather restraints, and a nurturing a hope that the submissive streak she’d glimpsed while they’d dated hadn’t been an illusion.


“Ma’am…” Steven’s slurred mumble, as he pressed his face against her palm, drew her back to the present and the submissive who needed her reassurance.


“Shhh…everything is fine, love. You’ve pleased me greatly.” She continued to touch and comfort him. He’d flown high – not as high as she’d planned to send him, but high enough for now – for this place. She needed him to be able to drive himself home. 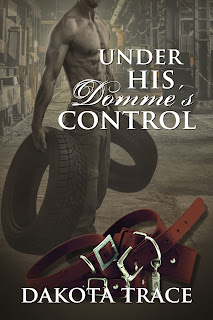 
Steven has slipped up by lying to his wife, now it's up to his Mistress to bring him back on the straight and narrow. But when he finds out the price for his deception will he still surrender?


2015 ©Dakota Trace All rights reserved. This is a work of fiction. All names, characters, locations, and incidents are products of the author’s imagination, or have been used fictionally. Any resemblance to actual persons living or dead, locales, or events is entirely coincidental. No portion of this work may be transmitted or reproduced in any form, or by any means, without permission in writing from the author.
Posted by Dakota Trace at 3:00 AM