I'd like to thank Morticia Knight for inviting me to join this blog hop.  I absolutely adore them - even if they end up being hard on my pocket book because I find all these new books from new to me authors - that I just have to read. So this week I will be my first contribution to Seductive Studs & Sirens. With that being said, I'm bringing a snippet from one of my many works in progress with the lovely Evelise Archer.  It's a m/m second chance at love set in the Florida Keys. This snippet is from when Keegan, a vacationing grad student walks out his back door to grill some kabobs and gets more than he bargained for - in the form of a fornicating couple on the beach. Enjoy! And don't forget to stop by the rest of the contributors this week. They can be found HERE.

"Just like that, Andre. Swallow that cock. Show su amante how much you missed him."

Keegan froze at the sound. Luis. "Un-fucking-believable." He closed his eyes, his hand tightening on a thick piece of wood. This couldn't be happening to him. But as he rose to his full height, Keegan pivoted slightly and spotted Luis and another man several yards down the beach. He barely muffled his own moan as Luis's continued to babble in Spanish - each lust-filled word stroking down Keegan's spine until he was afraid he'd come in his pants. His lips parted. More than anything he could remember wanting in his recent history, he wanted what Luis was getting - the feel of another man's mouth on his dick. 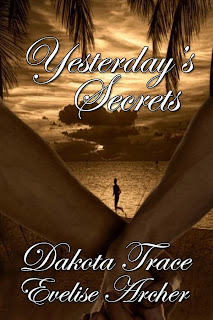 Keegan Gautier should be on the top of the world. He's finally graduating with his coveted degree in Physical Therapy and has a beautiful fiancée who plans on opening a small private office with him for under-privileged families. But his perfect future unravels in less than a key stoke when Chloe finds his dirty little secret - a stash of gay porn. Frantic to hold onto the future he sees slipping away, he agrees to Chloe's ultimatum: take a week vacation to the Florida Keys to get his head on straight or she walks. She'll even let him use the family suite at her uncle's hotel, but when Keegan arrives at Satterfield West, he realizes he's been set-up. It's an openly gay resort. And to make matters worse, he bumps into Marik Jette – the sexier than hell, former pledge master of “Phi Theta Kappa.” The same man who made his freshman year a living hell, all because Keegan had popped a woody during a truth session. However things have changed - Marik's attitude being one of them. How is he supposed to resist the man responsible for the worse moment in his life? Especially when giving in could cost him his future?

Now out of the closet, the last person that Marik expects to bump into at Satterfield West just before his interview at the exclusive gay resort is the young pledge who’d had been the stimulus for his self-journey to accepting his sexuality. Upon seeing Keegan, everything from his senior year rushes back. Feeling a bit ashamed but recognizing the same longing in Keegan’s gaze, he’d seen in his own, he vows to help the other man find a way to accept what should be as natural as breathing air. Offering to take Keegan under his wing for the length of Keegan's vacation - a week. Everything looks good as they start to navigate the waters of lust, trust and love, until Marik’s former frat brother, Reginald, finds out. As the owner's son, Reggie has the power to not only ruin Marik's chances of getting his coveted job but also has opportunity destroy his budding relationship with Keegan. He may have to decide which he wants more - the job or Keegan?

January 2014©Dakota Trace All rights reserved. This is a work of fiction. All names, characters, locations, and incidents are products of the author’s imagination, or have been used fictionally. Any resemblance to actual persons living or dead, locales, or events is entirely coincidental. No portion of this work may be transmitted or reproduced in any form, or by any means, without permission in writing from the author.
Posted by Dakota Trace at 4:30 AM