Thursday Thrills {3}: On the Hunt

Okay I'm back this week with another Thursday Thrill. I apologize about the tardiness of my post, but it's been a crazy day.  So the basic idea of this is to write a piece that is at least 200 words but no more than 1000 to a picture selected by the host of this bloghop.  And I'm happy to say that I have finished mine...finally!  Also do be sure to check out the other submissions by our other contrubitors. They are listed at the end :D 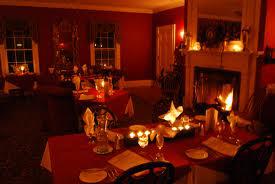 Thursday Thrills {3}: On The Hunt

Walking through the cheery dining room, the beautiful burgundy tablecloths, crisp ivory linen napkins, and sparkling crystal goblets barely registered to Talana’s senses. All she could think of was her need to fuck, to mate. As part of a unique group within a race of females with zero libidos, it took a special trigger to release her desires.

In her case as a dieNeutrale, it was the scent of her mate which had awoken her lust. Even as she followed the most alluring scent she’d ever smelled, she was totally unprepared to deal with the fire coursing through her body, demanding she mate immediately. The fact she was finally reaching her sexual maturity on a small blue and white ball light years away from her home planet of Verborge Begeertes was beside the point – it was merely the way of her people. With no suitable males on their planet, the female had to search for her mate among the other worlds beyond their home. As an ambassador of the Liberation Alliance of New Worlds, or LAN for short, she’d come to Earth to facilitate their entry in the organization, which had saved their asses less than ses maande ago by trading their precious but rare alle vernuwing. The mineral found on her home world could change any liquid into a clean burning, renewable energy source; and the faltering Earth had needed it after eons of raping their planet of its natural resources.

But at the moment she didn’t care about the alle vernuwing, or the fact she was also here on a mission to mediate on a claiming contract between one of her sisters and a future mate. At this moment, she needed to find the source of her own mate. Pushing through a set of double-hung doors, she entered what was obviously a food preparation area. Men and women scurried around the room, rattling pans and preparing food. At her sudden entrance everyone in the room froze, and stared at her. She knew logically it had to be because of her appearance, but she didn’t know why her deep burgundy hair and violet eyes were such a big deal. Her looks were common-place back home. She and the rest of her sisterhood all had varying ranges of red hair and purple eyes. They were the trademarks of her particular clan.

Without saying a word, Talana allowed her delicate but heightened sense of smell to guide her to her unsuspecting mate. Ignoring the orders to remove herself from the room, she glided between the different stations until she caught a strong whiff of her mate. Inhaling deeply, she sighed. There it was. The delicious scents of the donker blom and ooit blom mingled together. Following it she didn’t stop ‘til she stood in front of a man garbed in a white jacket and funny looking pants.

“Why are you in my kitchen?” His eyes narrowed in irritation.

She disregarded his ire, and took him in with one smoldering glance. From his short dark hair and dusky skin, such an unusual combination for her world, the sparkling bright green eyes to his tall muscular form and rigid stance, he was everything her body wanted… no, needed. “I was looking for my mate.” She gave a satisfied smile. “And I found him.”

He frowned. “Shit, you’re one of those alien bitches who’ve been taking men…” He sighed. “So which man am I losing tonight to that damn treaty?”

She licked her lips, feeling every bit the predator. “You.” Then she lunged at him.

Check out my other peeps:

The Crypt of Morbius

©Dakota Trace All rights reserved. This is a work of fiction. All names, characters, locations, and incidents are products of the author’s imagination, or have been used fictionally. Any resemblance to actual persons living or dead, locales, or events is entirely coincidental. No portion of this work may be transmitted or reproduced in any form, or by any means, without permission in writing from the author.
Posted by Dakota Trace at 2:21 PM