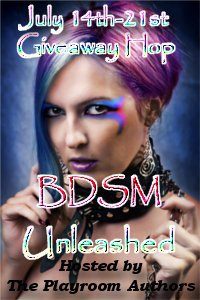 Where it all began...

I'd like to say that I've always know I was submissive, but I can't.  For me it was an evolution. I'm not the typical submissive woman. In my normal life I'm a wife, a mother, a full time student and author. I have to be firm and have an backbone of iron just to make it through my average day.  Not that I'm complaining - not in the least. I love my life, even as chaotic as it can be.  So during this chaos when and where did I first realize I was submissive....well let me tell you that's a story.

Which leads up to how I met Jen.  Jen is quite the woman to say the least and was assigned to be my editor when Excessica picked up my first book.  It was a contemporary romance with just a bit of spice in it where the hero loves bondage and his best friend, the heroine has to be convinced that their friendship can survive the transfer from friends to lovers.

As I was going through all these edits (and believe me there were many) I got to know Jen very well.  She's actually a slave and had been for many years by that point. As we discussed dynamics of the book, I being curious and wanting to know more about where my "kink" came from asked lots of questions.  Like most of the ignorant - I had no idea that submissive wasn't interchangeable with doormat. But as Jen helped me explore this side of me - one which I had kept hidden from my DH - I can to realize what I wanted was not dirty nor was it anything to be ashamed of.

So where did that lead me? Well, I came out to my DH and believe it or not, he's more ecstatic about it than I am...lol. But also about the same time that I was going through this process, I started writing Nisey's Awakening - the first book in my Doms of Chicago series. (if any of my characters is my alter ego - it would be Nisey.) She was a student, a young twenty something that had a horrible relationship with her mother, a strong one with her father and had a hard time trusting men due to an incident in her past, but despite it all had the courage to take what she wanted - even if she didn't know exactly what it was.

Now enough of this inner revealing - and on to the fun part - the giveaway!  As my prize I'm giving away one complete e-book collection of my Doms of Chicago Series including the upcoming book Convincing Rena for every ten entries.  (So what does that mean?  If I get 10 entries I give away 1 set, for 20 entries - 2 sets and so on.)  So what do you have to do to enter?

Good luck and don't forget to stop by the other contributers of this hop!